THE MUSEUM IS CLOSED FOR RENOVATION.  33 BORISOVA STR. RUSE 7000 BULGARIA 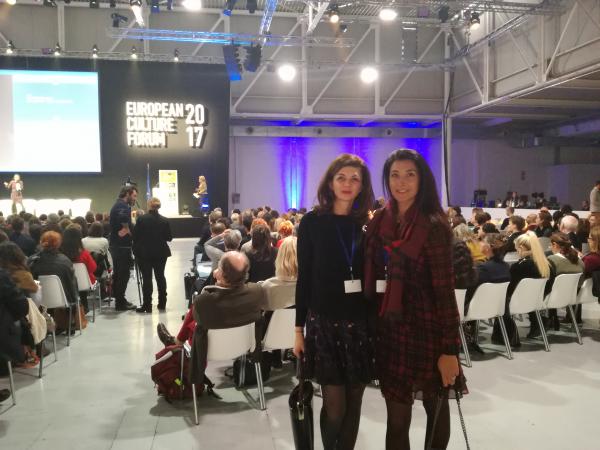 Recently MIlan hosted one of the most important events of the European Commission in the field of culture: The European Culture Forum 2017. It took place on the 7th and 8th December in Superstudios. Over 800 representatives of various cultural institutions, organizations and administrations across the EU were present.

Mr. Tajani officially declared  2018 for European Year of Cultural Heritage.
Mrs. Nadejda Rozeva met with representatives of the EC, the international museum community and with special guest Mrs. Daniel Herman, Minister of Culture of the Czech Republic. Sge acquainted them with the Bobokov Bros. Foundation and Numismatic Museum Ruse, which is one great example how cultural heritage is preserved in Bulgaria.

THE MUSEUM IS CLOSED FOR RENOVATION.